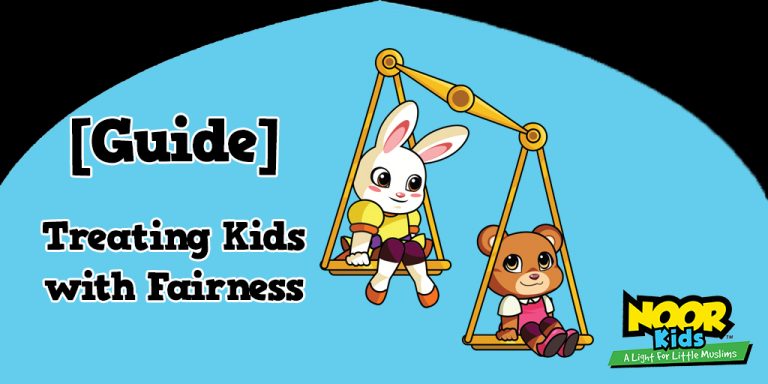 Parents innately know that they should treat their children fairly. As humans, our fitra, or natural inclination, is toward justice. And, our belief supports this inclination as well. The Holy Qur’an states, “Be just; that is nearer to righteousness. And fear Allah; indeed, Allah is acquainted with what you do” (5:8). The command to fear Allah shows that being unjust in our dealings is a serious sin.

While we know that treating kids with fairness is something to aspire to, it is a quality that can be difficult to embody. Why might this be the case? In the sections that follow, we will explain, from both an Islamic and secular perspective, (a) why it is challenging to be fair, (b) what fairness should look like, and (c) practical strategies for parents to foster fairness with and among children. 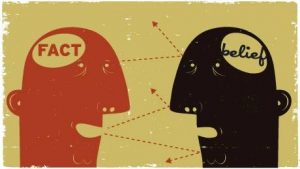 One reason that it is challenging to be fair is that everyone is biased. We all have preferences for certain traits, based on our own experiences. This bias affects us in all aspects of life, often on a subconscious level. What makes this especially tough when dealing with children is that, as unintentional as it is, your kids will notice. Children are very perceptive and can pick up on such subtleties. A study from the University of Washington exploring how adults communicate bias to children suggests that preschoolers can “catch” bias from grown-ups even through nonverbal behavior.

It is important to note that having a bias toward a particular characteristic that one of your children exhibits doesn’t mean that you love that child more. This is why parents should be careful not to label children with certain qualities. For example, if a child misbehaves, it would be detrimental to call the child “a troublemaker” or “a nightmare.” When children hear their parents label them in such a way, they may feel that it is impossible to change this opinion. Or worse, they may accept this as a reality and thus create a self-fulfilling prophecy. 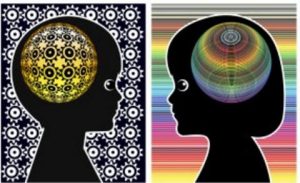 while giving attention to good behaviors increases good behaviors,” says Alan E. Kazdin, PhD, a Yale University psychology professor and director of the Yale Parenting Center and Child Conduct Clinic. To learn more about this and other research-based parenting techniques, visit this site.

In summary, parents must recognize their own biases. Each child is a unique individual and will therefore behave differently towards his or her parents. While it is unavoidable for parents to feel differently about their children as a result of how their children treat them, acknowledging the role of bias can help to regulate the way we respond to our children.

Now that we have established the fact that bias exists, why is it bad to act on our biases in dealing with our children? There are several negative repercussions that may result.

When we favor some of our children over others, it has the potential to create hatred, resentment, and envy between siblings where love should be. Additionally, the child who is treated less favorably may suffer from self-doubt and low self-confidence. We need not look further than the Holy Qur’an for an example of this. In the story of Prophet Yusuf (AS), jealousy between the brothers created intense conflict. Prophet Yusuf’s (AS) brothers said, “Yusuf and his full brother are more beloved to our father than we, even though we are able-bodied men who take care of all his needs. Certainly, our father is in clear error in this regard” (12:8). While Prophet Yusuf (AS) was unique in that Allah (SWT) had chosen him for the high station of prophethood, Perfect Watches Replica Breitling Outlet For Sale the story teaches us the harm that can come from perceived favoritism. 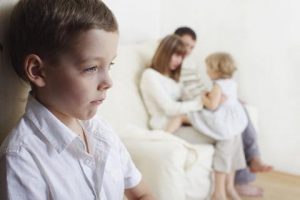 But it is not only one or two family members that are affected by this. A study led by Jennifer Jenkins, professor of human development and applied psychology at the  University of Toronto, reports the effects that playing favorites, known as differential parenting, can have on not just individual siblings, but also on the mental health of all family members. “We would have thought that, on the basis of previous research, it would just be the disfavored children who are having problems, but that’s not the case,”says Jenkins. “Sometimes moms are very similar with their kids, and sometimes they’re very different with their kids. And when they advantage some and disadvantage others, it looks like it’s a problem for all of the kids in terms of their mental health.”

The study also highlights key factors that contribute to higher levels of differential parenting. These include a mother’s stress due to economic or personal experiences and other family dynamics. Increased stress usually leads to less patience with children who are misbehaving, and a weakened ability to respond objectively.

Another reason that it is challenging to be fair is that it’s not always clear what the fair thing to do is, in a given situation. To some degree, it is a judgment call that must be made, one that might not be universally agreed upon.

Most people would agree that fairness doesn’t mean treating everyone the same. A child’s circumstances sometimes demand some form of special treatment. For example, it would be ridiculous to say that a baby and a 14-year-old should have the same bedtime or eat the same food. A child who excels in his or her studies should be praised for doing so. A child who has a disability should be shown the extra care, affection, and support that is appropriate and required. 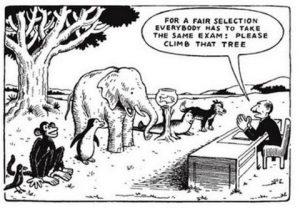 Moreover, children have different emotional needs as well. Knowing your child’s love language can help to meet their individual needs. For example, some children have a greater need for affection, while others have a greater need for praise or reassurance. But consider the scenario in which one child gets new shoes so the other child gets new shoes too, even if they don’t need them. Is that fairness, or is that fear of a tantrum? Fairness is putting aside our biases in order to avoid partiality based on unsubstantial factors. The goal of fairness is justice, the concept of things being placed in the appropriate position according to Godly standards, even if it doesn’t always seem fair.

In order for us, as parents, to exercise fairness, we must teach fairness to our children. But how? In the section that follows, we share some practical strategies.

How can I teach fairness to my child? An excellent resource for teaching 4 to 8 year old children what fairness means is our latest title, Fairness For All. In this book, we address two key lessons associated with fairness from an Islamic perspective. The first lesson is that if two people are treated differently, that doesn’t mean that it is unfair, and that to truly be fair, people must be treated according to their own, unique, circumstances. The second lesson is that we have a responsibility to act fairly, such that we do not give preferential treatment to someone just because they are close to us (4:135). We convey this lesson by showing that when someone is favored unfairly, it ends up hurting everyone.

If you aren’t currently a Noor Kids member, you can receive a free copy by clicking here! 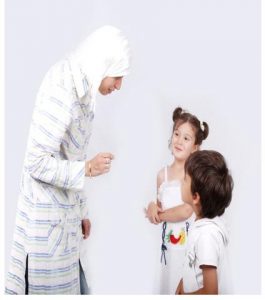 Children have an intrinsic concept of fairness, but it is a limited understanding. As children grow and mature, their definition of fairness evolves. Parents play a critical role in nurturing this quality. First, they must act fairly themselves, serving as a role model of what fairness looks like. Second, they should communicate well while doing so, to reduce potential negative consequences. Since certain children need more attention than others, parents should communicate to the siblings why they are treating their brother or sister a particular way.

According to Jenkins, author of the study on differential parenting, children “don’t mind that parents treat them differently. They only mind when they see that differential treatment as unfair, and that comes about when things aren’t explained to children.” An example of this might be something like the following: “You and your brother are very different people, which is great. I need to treat you differently. When I speak loudly to you, it’s to make you listen, but I am speaking just as lovingly even if it’s louder.”

Another way to approach the subject of fairness with children is by emphasizing empathy. The following talking points may help: “Whenever we feel that things are ‘unfair’ we have to look at things from the other person’s perspective. When two people are treated the same, that doesn’t mean that they are being treated fairly. And, if two people are treated differently, that doesn’t mean that they are being treated unfairly. In order for us to be fair in the eyes of Allah (SWT), we must treat people based on their own, unique, circumstances (e.g. a toddler being treated differently from a teenager). After all, everyone is different, right?”

Kids learn through play, even if the game itself isn’t educational. Playing games, even simple, old-fashioned board games, with your kids, can offer many teachable moments regarding how to follow rules, take turns, play fair, be honest, and accept defeat graciously.

Through play, parents can encourage healthy competition while discouraging sibling rivalry. Some ideas are to teach kids:

For children age 8 and up, try Quandary, a free online video game that parents and kids can play together. A 2013 Game of the Year Award Winner recognized by Games for Change, Quandary encourages kids to exercise critical thinking in leading a new colony on the planet Braxos. Players solve challenging problems and make difficult decisions in which there are no clear right or wrong answers, only important consequences.

Fair or not Fair? That is the Question
Brainstorm and write down a bunch of statements that could be interpreted as fair or not fair. Examples include:

Fairness is one of those values that is so basic, yet can be incredibly challenging to act upon when dealing with children. It is a quality that must be constantly re-examined and reinforced as children encounter increasingly complex developmental stages and social situations. It is our hope, insha’Allah, that this article can serve as a resource for Muslim parents in practicing fairness with, and fostering fairness among, their children. 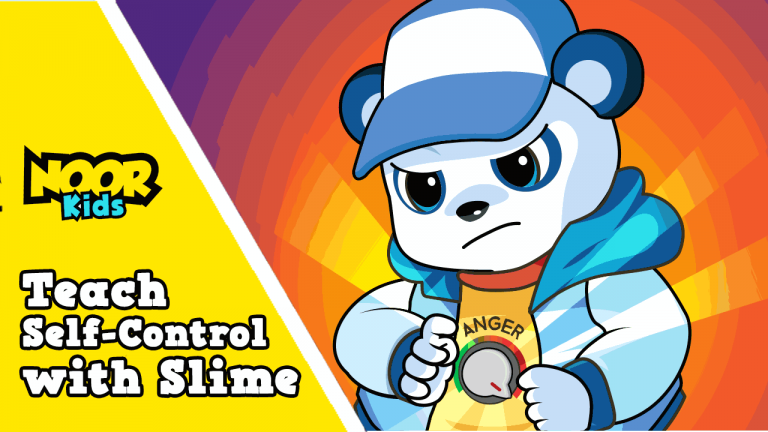 How to teach self-control to ... 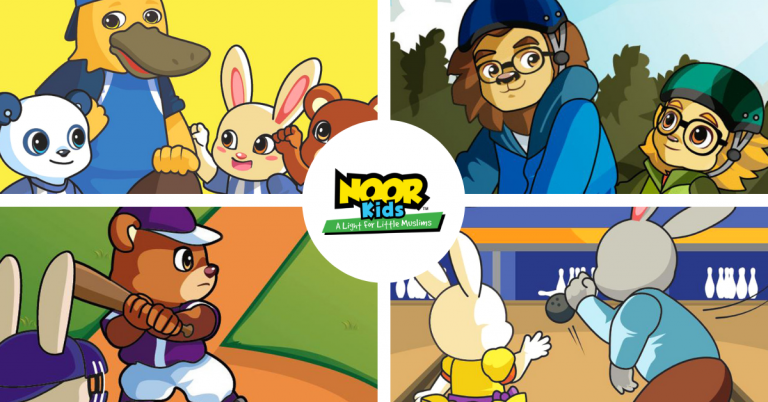 How To Promote Physical Exer ... 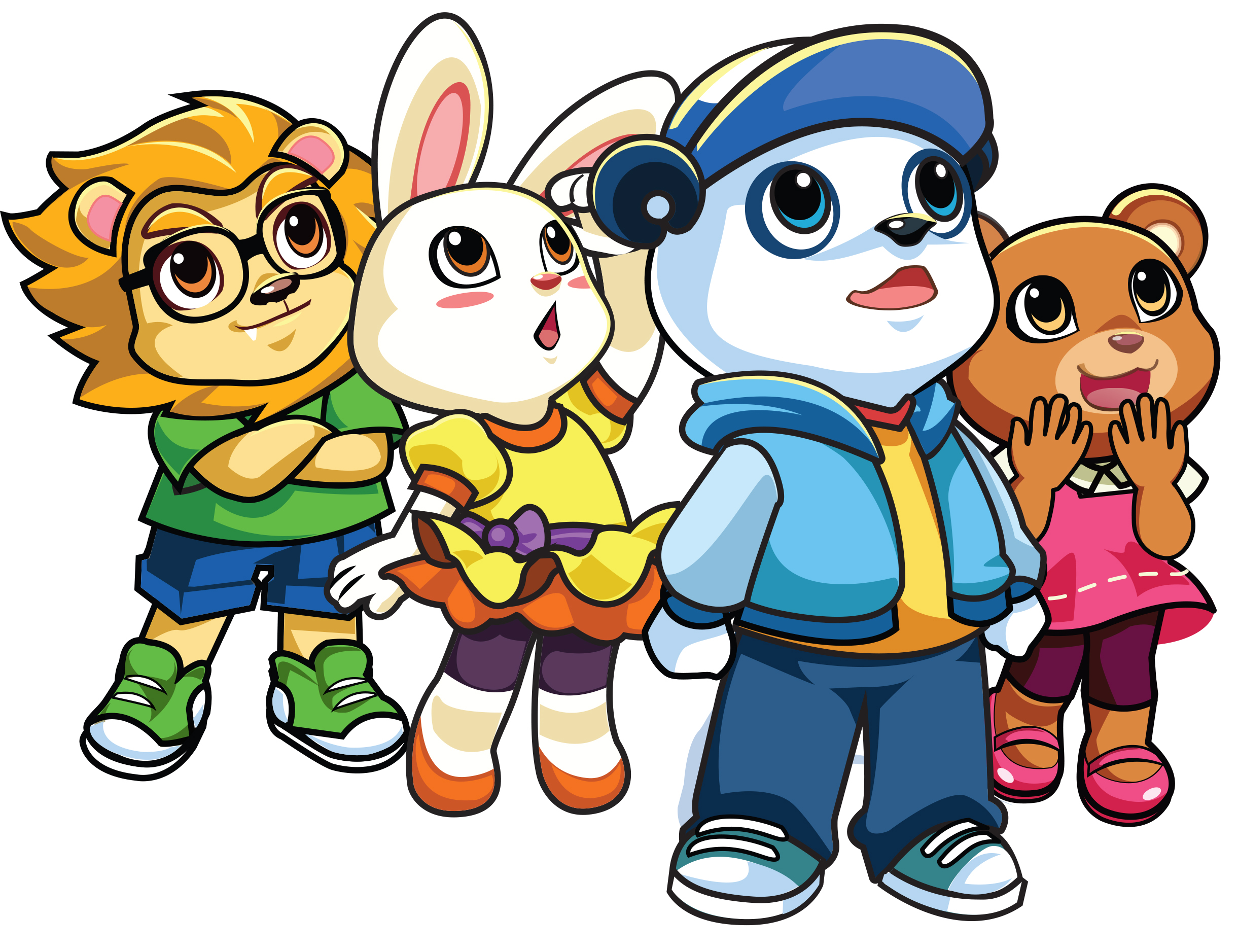 How to teach self-control to Muslim kids by using slime

Join Noor Kids for a Dream Vacation in the Bahamas